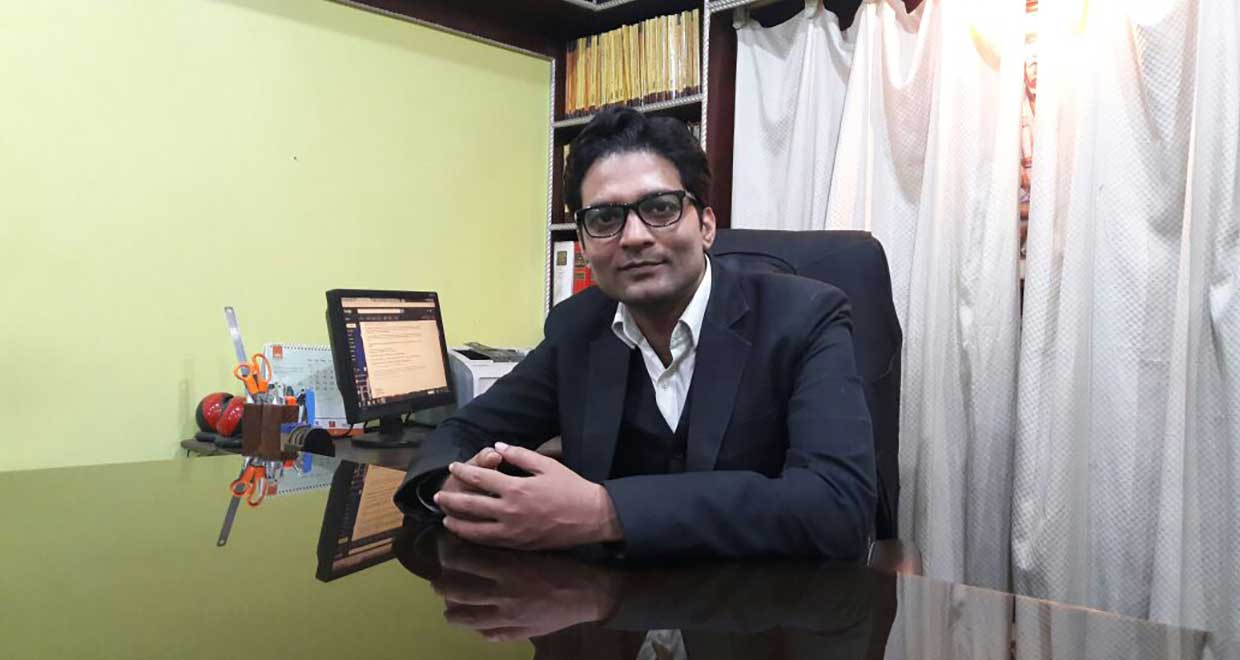 Ahmad Shazeb Azhar graduated from Aligarh Muslim University (2003-2008). He is a lawyer with almost 6+ years of standing at the Bar. He started his career in Delhi in 2010, practising regularly at Supreme Court of India, where he was the panel counsel representing the State of U.P. from 2014 onwards.

In this interview he talks to us about: 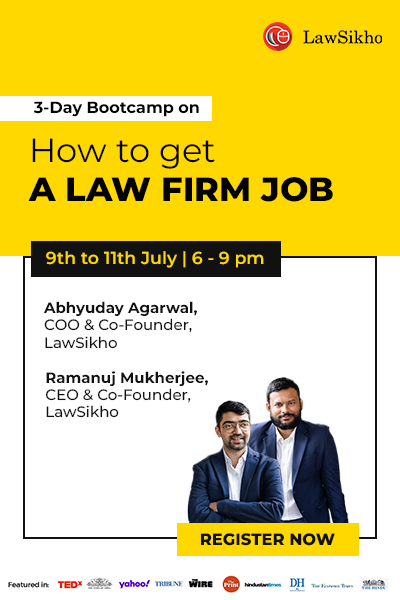 How would you like to introduce yourself to the legal fraternity?

I am a lawyer with almost 6+ years of standing at the Bar, at present practicing at the High Court of Judicature at Allahabad, Lucknow Bench. I started my career in Delhi in 2010, practising regularly at Supreme Court of India, where I was the panel counsel representing the State of U.P. from 2014 onwards. I also initially practised on the Original Side of the Delhi High Court, as a junior to Mr. M.R. Shamshad, Adv., dealing with some high profile commercial litigations. At present I am a Partner with a registered law firm called Goswami & Associates, which is an emerging firm, based out of Lucknow, primarily we deal with traditional litigation and dispute resolution, but are delving now into IP and other commercial areas. We have a couple of Government Banks, Insurance Companies, PSU’s and Private Companies as our clients right now.

How did you decide to choose law as a career? Is there anyone in your family who motivated you to opt law?

Well I am a first generation lawyer, who had no inkling what the job I was about to get into entailed. Both of my siblings are doctors in US & UK. The reason I chose law as a career was the mystique surrounding it. I had always been fascinated by the working of lawyers, as to what it was that they read on a piece of paper differently than an ordinary man. What gave them that perspective? That is what enticed me into the profession. There weren’t any family members who were already there in the profession, therefore the mystique and the curiosity was compelling enough for me to get in and explore this world of words, letters, sentences and arguments.

How was your life at Aligarh Muslim University & Dr. RML National Law University? Did you find that your law school education prepared you for your current life?

Life in Aligarh was completely different than expected. It’s a vast University with around 30,000 students and we used to reside in mixed hostels, wherein students from different streams and courses lived together, so that gave me a very diverse perspective of things. The more you interact with people from different fields and areas, the more your mind opens to diversity of views. The case with Dr. RML National Law University at Lucknow, was different where you get to meet the freshest and the best of the legal minds in the country, here I completed my LL.M thesis on Cartelisation under Competition Law. I was good at writing in college, be it essays, critiques or any such sort. The one thing that I regularly followed in college was to keep reading, whatever I could get my hands on, be it fiction, biographies, Russian socialist literature, History, Mythology and even John Grisham. The best part about reading is that it gives you references, analogies and ideas to construct an argument. Analogies, whether historical or mythological provide simplicity of comprehension to the listener.

The legal education in India does not remotely prepare you with the realities of the legal profession. Considering the high premium that is placed upon the procedural aspect of law, the court craft and the client dealing aspect, the only thing that can get you prepared is to actually get in there and practice it. A mere understanding of the substantive law is not sufficient to succeed in the profession.

Could you tell us a bit about your internship experiences?

The first internship I did was under Dr. Sandeep Pandey, Magsaysay Award Winner and Social Activist. I actually got to stay in a village without electricity in U.P. for a month, preparing a report on the discrepancies in the land allotted under Consolidation regime by the government, which was submitted to the District Magistrate, so that was an experience. Thereafter I interned under Mr. M.R. Shamshad, Adv. whose chamber I later on joined in 2010. I also interned at Desai & Diwanji, Delhi office and under Mr. Niladri Bhattacharjee, Adv. who was gracious enough to actually credit us, the interns, by name on the Due-Diligence Report for a major company we helped prepare.

How would you advice a law student if one has to start on to preparing for a career while in college?

By the final year of Law College every student has a slight assumption of his or her own temperament and one’s inclination for the career we would like to choose. If you are prepared for a long meditation, then practice is a good option. But you would have to be mentally and physically prepared to handle the stress that comes with it. A total lack of finances and as a result dwindling motivation everyday is what makes practice really tough. A lot of my colleagues who started practice left it mid way because of these very reasons. Firms are a good option to join, if you have that inclination. Besides now there are so many other options that one can decide and work on right from college, be it getting into judiciary, a private company, a governmental job or even going abroad for higher studies and into academics.

What is the value addition of a Masters in your career?

The Masters Degree and the study for it, gives you the opportunity to delve deep into the existential basis of laws. For example for me in BALLB, the most irrelevant part of a statute was the preamble attached to it. Its importance I realised while in Masters. The basis for a statute, why is it there? What prompted its promulgation? And therefore if there is a discrepancy, how could it be filled in are all the jurisprudential questions that I got the answers to while pursuing my LL.M. With that depth of understanding, you yourself feel motivated enough to delve into and apply that knowledge to any filed you wish to pursue post your Masters.

You have practiced at Delhi & Lucknow. Tell us the difference you feel in terms of practice and litigation between the two places?

Delhi and Lucknow are completely different places when it comes to litigation. Lucknow being a traditional city, the outlook and perception are still evolving. I still get asked the very same question almost everywhere in Lucknow, as to whose chamber I belong to. Traditionally in Lucknow it isn’t common to see a lawyer below 40 years of age practicing independently or having started independently. Delhi has evolved in that aspect. Also in Delhi the wonderful experience of getting to meet or brief such famous senior counsels, is an experience in itself. Significant amongst them is Mr. Arvind Nigam, Senior Counsel, who had the most impact on my career as well as life. Also of significance is the experience I gained when I shifted to Supreme Court and got a chance to brief such excellent Counsels as Mr. Jethmalani, Mr. Sibal, Mr. Soli Sorabjee, Mr. P.P. Rao, Mr. Harish Salve, Mr. Salman Khursheed, Mr. Mukul Rohatgi, Dr. Dhawan etc. Lucknow bar though puts a very high premium on your knowledge of Law and has some very thorough and learned counsels amongst its members, who are as good as any lawyer in Delhi.

What would be your parting advice to our readers?

Be enterprising. Do what you want to do. But the keyword is “Do”. Merely thinking and planning won’t get you far. Mistakes would be made, but the experience gained would be much more beneficial. You will learn much more than what the books can make you aware of.