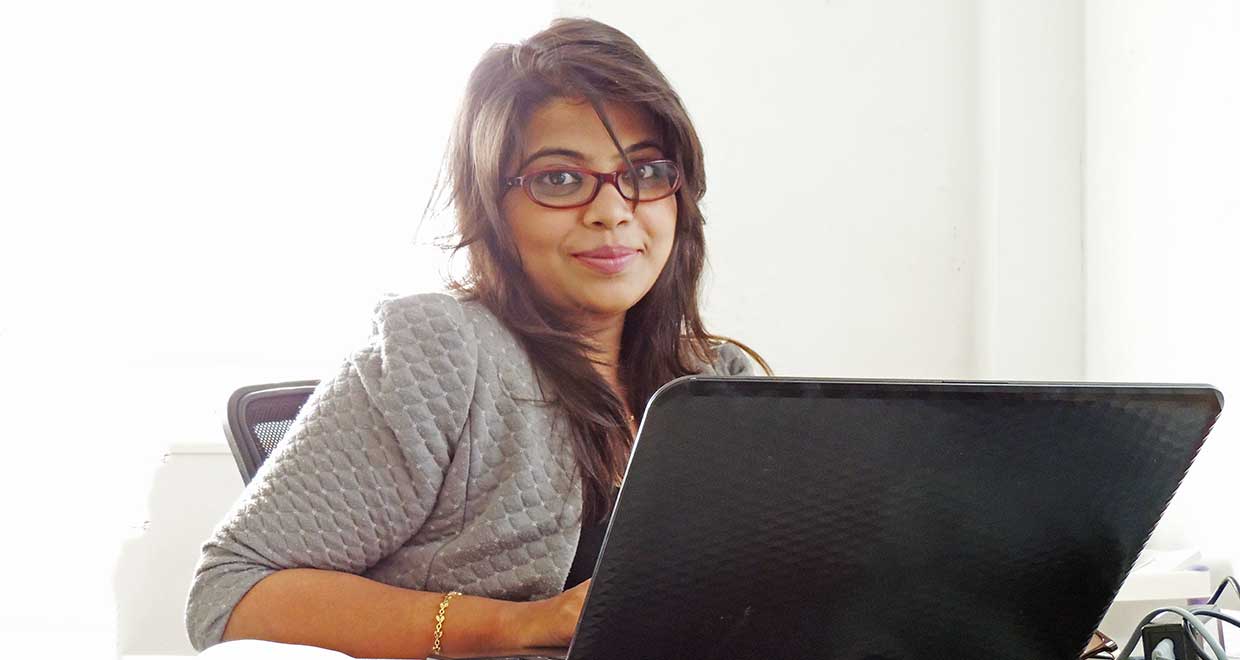 Pooja Terwad graduated in B.L.S.LL.B from Mumbai University in 2012. Thereafter, she went for LL.M from Jindal Global Law School. She got an excellent opportunity to visit Maurer School of Law and work there as a Research Associate for a semester as a part of a fully paid scholarship programme from JGLS.

She is a legal practitioner with expertise in Consumer Law, recently she founded Nivaran Online, a platform which proposes to end all consumer disputes. Let’s talk with her today on National Consumers Rights Day find what drives her to such social initiatives.

Tell us a bit about yourself.

I am a Mumbai girl, from an exceptionally well-educated family. Law is something I did not choose, but it happened by chance. It was only after working for a few years that I realised Law is my true calling. I have been associated with NGOs like Cheshire Home, Indian Development Foundation, and others since I joined Law. Working with the under-privileged made me stronger and determined as an Individual. The consistency I have seen amongst differently abled population has given me the courage to walk a little far and choose a way that is less travelled.

How do you recall your graduation and LL.B days?

I have been an average student throughout my schooling and LL.B days. It was only the desire to achieve something above average and to do something different than most of the law graduates, which got me into Nivaran. The experience of volunteering with Asia’s largest consumer organization, Mumbai Grahak Panchayat, and exposure to intern at Consumer International, Malaysia was a boon. All this experiences further resulted in Nivaran.

Tell us about your professional qualifications.

I completed my B.L.S.LL.B from Mumbai University in 2012. After that, I went for my LL.M from O.P. Jindal Global University, New Delhi. I have been awarded a gold medal for my academic performance and another gold medal as an award for the Law Leadership programme.

I was fortunate to have got an opportunity to go to the United States of America on full scholarship, for pursuing my semester. After, I came back I worked with the Additional Solicitor General of India, Mr. Anil Singh at Bombay High Court. I also had the opportunity to work on serious matters like Adarsh Scam, Campa Cola, etc. under his guidance.

It was in January 2015 that I started my law firm and at the same time began volunteering for Mumbai Grahak Panchayat under the mentorship of renowned consumer activist and Lawyer, Mr. Shirish Deshpande. I am thankful to him for the opportunity to attend a 14-day internship programme at Consumers International, Kuala Lumpur, Malaysia. The guidance of Ms. Indrani Thuraisingham, Head of CI, South Asian Region, has also been very helpful to me while setting up the process at Nivaran Online. 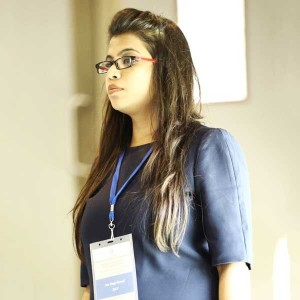 Please tell us about how you got the USA scholarship, and what all did it cover? What did you get to do in the States?

I should thank Jindal Global Law School for my USA scholarship. I was enrolled in the two years’ LL.M course and had a keen interest in Intellectual Property Laws. I was the topper of the first year LL.M at JGLS, and hence, our Director chose to send me to the US for a semester at Maurer School of Law, Indiana University, Indianapolis. Although not an Ivy League college, this is one of the best public universities in the States with the most renowned IPR professors teaching there.

There I got an opportunity to study Patent Law from Prof. Mark Janis, who is an immensely learned and globally renowned IPR attorney. My scholarship covered my entire tuition fees and a Monetary Scholarship of USD 4000. Apart from that, I also received a paid Research Associate position at the University.

Also, I always wanted to work while studying and experience the high of being financially independent. I got the chance to do so while in the States. I did end up doing small jobs in the US and also worked as a Research Associate to professors. It was quite exciting.

Did you think of pursuing your profession at the United States?

More than professional reasons, I had personal reasons to come back. I am the only child, and I was not very keen to leave my parents alone in India in their aging years. And, I am strongly of the belief that, Indians have an incredible potential to transform the country with their innovation. It’s just that we need to overlook the Dollars, and have a strong sense of belief in our potential.

While working for Asia’s largest NGO for consumer issues, Mumbai Grahak Panchayat, and working for their Consumer Guidance cell, I realised that NGOs in India work on a micro-economic platform. They do not have the expert resource to work for a single consumer, and get the dispute resolved as a matter of responsibility. Indian consumers needed an organization, where expert legal advice could be provided by lawyers. However, the same should be given at an affordable price. I wanted to establish an institution, where every “justifiably cheated consumer” gets a resolution without going to the courts. 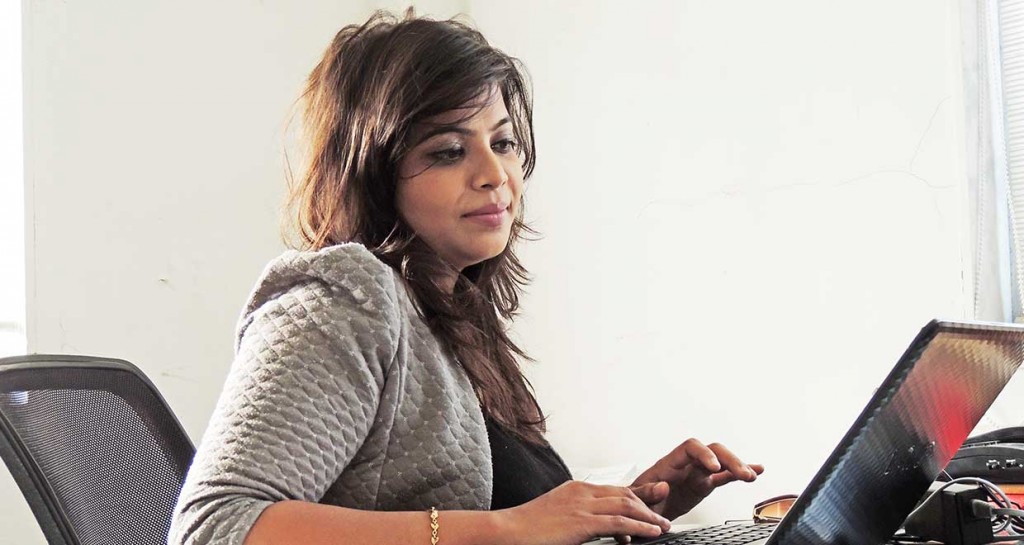 Why do you think Society needs a platform like NIVARAN?

Most of the times, an Indian consumer is left with two choices. Either “GO TO THE COURT” or “GIVE UP ON HIS RIGHT”. I feel both of them are neither viable nor justified. When the loss is of Rs. 25,000 to 50,000, a consumer doesn’t want to go to the court, as he will end up spending much more than the loss amount on lawyers and the judicial system. And ultimately, he gives up on his rights silently. I wish to change this scenario. Every consumer should get a resolution under every circumstance.

What is your role in Nivaran Online?

I am a founder at Nivaran Online, and I look into the Operation and Legal Area.

What is Nivaran’s operational model? Where do you see Nivaran in five years down the line?

With the kind of pendency and delay in Consumer courts, I wish to make Nivaran Online, a centralised platform for resolution of disputes, where brands, as well as consumers, operate on amicable grounds. We have associated with several Consumer NGOs in India, especially the ones founded by people who believe in swift resolution and are open to trying something new, rather than going the monotonous way. They divert consumer complaints from their areas, and we in return, help them with Honorary Funds so that they can further consumer welfare. I wish to tie-up with Organizations, Governmental and Non-Governmental, and ultimately provide the best aid to consumers.

How difficult has it been as a litigator, have you ever faced any gender bias in the legal profession?

Fortunately, I have never suffered any such bias till date. I have been lucky to have met people who judged me by my credentials, rather than my gender. I believe women have proved themselves beyond all doubts. It is true that we do not have many women entrepreneurs in the start-up world. But, male-dominated professions have never discouraged a woman from establishing her identity. So I am highly optimistic, that my gender will never be a hurdle in moving ahead.

Don’t you think starting up with Nivaran can affect your mainstream profession?

I have been in litigation for quite some time. I have my full-service law firm, in the name of Pooja Terwad & Associates. We were fortunate to have established ourselves pretty well without any previous legal background. However, I was always dissatisfied when I appeared in Consumer Courts.

Even in my individual capacity, I ensured that before we go to the court, we try to settle the matter. I also encouraged consumers to argue on their own, if they could not afford lawyers’ fees. But, the highly technical procedures were often discouraging. So, I thought of moving apart from the monotonous and commercialized structure of Courts, help consumers resolve their disputes and charge them nominal fees, which did not exceed 10 percent of the loss value at any cost. So, I chose to do what courts do, however, without going to the court.

What would be your message to our readers?

I feel Indian lawyers are bogged down by competition, all they care is about “packages”. Very few of them wish to experiment, innovate and come up with something exciting which will help the society as a whole.

Our youth I notice is pressurized to such an extent, with stereotypical opinions that he fears to try his hand at something new, something challenging. We are scared to get out of our comfort zone; we are afraid to struggle. We are afraid of failure, not because it would affect us, but because the society might not accept us with a failure tag. I feel we have taken the Society way too seriously. It’s time we do what we feel is going to make us happy and moreover do what we are meant to do.

I would only urge to all of my friends that we have the potential; we just need to be creative and an out-of-the-box thinker.